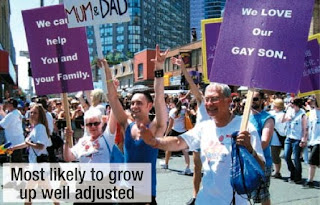 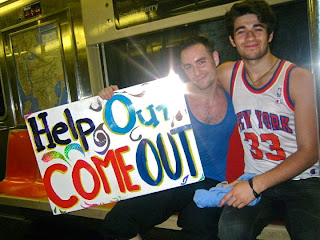 Ok, so I had my first Pride in New York Fuckin' City! It awesome. Marched in the parade with my friends and activists who are "Queer Rising", and was blessed to be joined by a young straight buddy of mine who just kicks fucking ass while being impossibly gorgeous. Oh, how I love him for so many reasons.
It was fun. But Toronto Pride, I must confess, takes the cake. It truly is the best Pride celebration in the world. So inclusive, so diverse, so awesome. PFLAG was the honoured group in Toronto this year, so we led the parade. Joining us was Brian Burke, general manager of the Toronto Maple Leafs hockey franchise, and the US Olympic team. His son, Brendan, Came Out in 2009 - becoming a visible and inspiring advocate as a gay man in the sports field. Tragically, Brendan was killed in an accident in February 2010. Before his death, Brendan had been in touch with my mother, and was planning on marching with his father and us in the Pride Parade - fulfilling a promise they'd made to each other. This year, wearing Brendan's jersey, Brian Burke marched in the parade to honour his son. It was tremendously moving.
To Mr. Burke, to the families we represent when we march in the parade - we are ALL family. We are one. We carry each other through the hard times, and we celebrate the joys together.
Pride Forever. 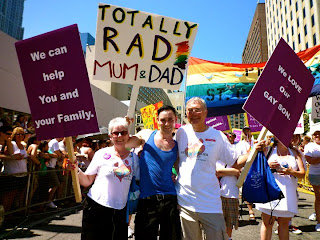 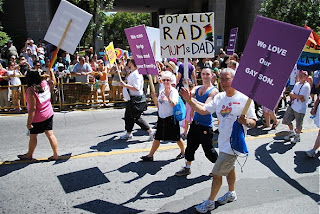