The Divide That Was Always There 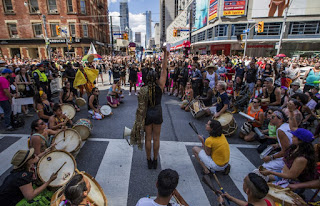 Toronto Pride 2016 - the Honoured Group was Black Lives Matter, a group being honoured specifically for its tremendous activism.  What did they do with their platform as the Honoured Group? They did the very thing they were being specifically honoured for - they protested.  They brilliantly and justifiably used the platform that the Pride Parade could afford to stop the parade for 30 minutes, addressing the issues of systemic racism that have been largely ignored by many communities, including the still-very-white-focused gay/LGBT community.
(I say gay/LGBT because I think it's rather obvious that White Gays end up being the focus of nearly all LGBT dialogues, unfortunately)


So, what happened after this stopping of the parade? This peaceful sit-in to address racism?

Well, a great many white gays lost their damn minds.  Many took to Facebook and social media to complain about how "they" tried to ruin "our" day. They? OUR? Excuse me? BLM is us.  BLM is queer people of colour. This is their day too, and as the Honoured Group it was actually more of their day than anybody else's.

And that goes for #WeAreOrlando, too.  We all felt the pain of Orlando. I attended numerous vigils in Toronto.  I wept, uncontrollably, for days and days on end. There were days when I felt like I would never stop crying over it.  But we honoured Orlando, in Toronto, with vigils and speeches and gatherings and a spot in the parade.  So when I hear someone say "BLM stole the spotlight from Orlando!" I need to correct that B.S. The spotlight should always have *been* on Black Lives Matter, it was their spotlight, their moment, their year to be seen and heard.  We can honour the victims of the massacre in Orlando without diverting attention from where it should have been this year - on Black Lives Matter.

The rhetoric on social media from gay white people was staggering, and racist.  Racist in the specifics of the language used. "They violently took the parade hostage!"
No.
They sat down. 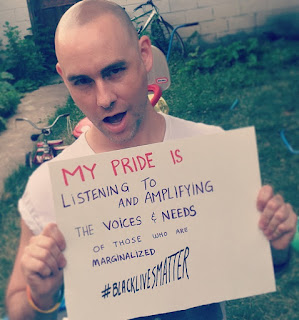 Nobody took anybody "hostage" at pride. BLM didn't hold anyone or anything "hostage". There was no violence. There were no guns. Stop using language of violence about people whose actions were peaceful civil disobedience. They sat down. It was a SIT IN. That's not "holding people hostage", and using that term makes you sound damn racist. Be aware of how the words you're using continue to affect the communities who were protesting.

Oh, and until Black Lives *Truly* Matter, then saying "all lives matter" is as much a dismissal of systemic racism as "straight pride" is a dismissal of the realities facing LGBTQ people.
Remember when gay men were staging public die-ins because the world didn't give a fuck that we were dying? Remember how we had to disrupt people to wake them up to the fact that we were dying? How soon we forget, apparently.
You're more upset about a parade disruption and a possibility that there won't be an official TPS float in a parade than you are about systemic racism, and black people dying.
Your apathy is racism. Your apathy is why BLM exists as it does now.
And you sound like those bigots of yesteryear complaining about black folks being "uppity".
I had a great pride. I spent it with great people. I loved marching. I loved talking about the importance of BLM with folks on the parade sidelines, as we waited while they staged their tremendous protest.
Black Lives don't mean as much to you as having (what you think is) "your day" disrupted by incendiary sociopolitical protest done via peaceful civil disobedience.
And that's shameful.

There's also the "I support BLM, but...." crowd.  It seems that some people think "not being a racist" is enough. It's not.  We all need to be actively anti-racist. We need to be proactively anti-racist. Apathy is racism.
Aparade delay is nothing compared to decades, centuries in fact, of systemic racism and discrimination and prejudice.
BLM will not be placated, and they shouldn't be. They will not kneel.

"they should have just been happy to have been included in the parade" smacks of "we're letting you eat at this lunch counter, now stop complaining about other issues that affect you every day"
Or, you know, "you can marry now, so why are you still complaining?"
Well, "we" are still being targeted, and bullied, and murdered.
And "we" are not the only ones.
What BLM did is the epitome of how to do Civil Disobedience.
Homophobes tolerate "us" when we don't ruffle feathers and Get In Everybody's Faces.
and it seems many white people will "tolerate" black people as long as they too "don't ruffle any feathers".
BLM is an activism movement and they used their position as Pride's Honoured Group to do what it is that they do.
We wept for the 49 dead in Orlando, and yet it's becoming very clear that many in my "community" haven't the time to shed a single tear for the ongoing systemic racism that affects the black communities.
This demonstration during the parade brought the BLM movement to many of the folks who have chosen, yes CHOSEN, to remain aloof and absent from its dialogue.
And don't give me "well, their tactics were wrong!" - it's not as if there haven't been decades of "peaceful, tactful, calmly worded pleas" against systemic racism.
PRIDE, the movement, was borne of a response to police brutality. That the white gay community has a better relationship with the police today than we've had in the past does not mean that POC and queer POC are not still utterly getting different "treatment" than my white ass does.
I have friends who are police officers. I have queer friends who are police officers.
This is not discounting them, nor any on the police forces that truly do "serve and protect", and are supporters and allies to all marginazlied communities; this is about wanting more than mere lip service. don't have a float one day and spend the other 364 mistreating the black and brown communities. the transgender communities.
And BLM did not "ban" the police from marching in the parade.
Rather than being upset by what happened in the parade - talk to members of BLM. Talk to the people who are still experiencing the harmful effects of systemic racism.
the orlando massacre should have woken many people out of their complacency over "where we are" as an LGBTQ community in greater culture.
BLM's protest should be waking you up to exactly what many in the black communities continue to experience, daily. don't be "put off" by their methods - understand why it is they're doing what they're doing.
If you listen, i assure you you'll understand.
Black Lives Matter stopping the parade was a glorious well deserved moment and I fucking love them for it.  Did you forget that Pride is political? Did you not realize that trans POC face astounding levels of violence and persecution?  Did you forget that every gay person owes their existence as openly-gay people to People of Colour and gender-nonconformists?
Are you realllllyyyyyyy gonna whine that your parade was halted for 30 minutes while the black community is demanding attention be paid to decades (CENTURIES!) of systemic racism?
yes, make no mistake - true Stonewallers would be proud. This was some stonewall shit.
‪#‎blacklivesmatter‬

A friend said to me, as we talked about how BLM's protest exposed the long-ignored divisions over ethnicity in our community, that he suspected that had BLM stopped the parade to protest Gay Male blood donations, they'd have had the support of everyone in attendance.  But, you know, they protested systemic racism and discrimination - things that many white people don't care about because "it doesn't concern them".   I tend to think he would be correct.
You'll dance to their music.  You'll co-opt their culture.  Some of you may even sleep with them. But you won't stand up for their justice.

And it's being noticed. 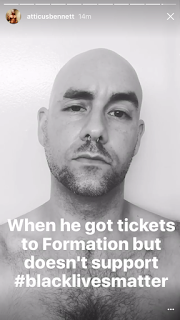 "I'm Not Defined By Being Gay" 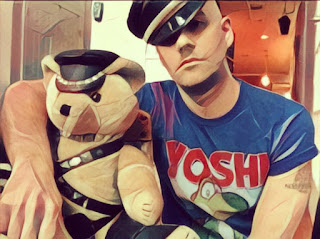 Very proud to have a piece in the Huffington Post, on the front page of Queer Voices.


It's been interesting reading the comments on my little article; interesting in a sadly-ironic way.

It seems rather clear from the negative responses to it that I've hit a nerve.  I knew I would.  I've been hearing these very same "rebuttals" for years, and they're all coming from the exact same place.

The sad irony is that those claiming to rebut my article, my thesis, are in fact confirming its accuracy. 100%. Confirming it in any and every way it could possibly be confirmed.

Or, perhaps, they didn't read the whole thing and leapt in to comment before realizing that, had they read the whole piece, I not only didn't make the claims they insist I'm making, but I rather clearly explained the aspects they're bringing up as problematic.

But when someone says "I'm not defined by being gay because I'm not like those effeminate lisping fashion gays!" they're not rebutting my article - they're proving exactly what I've written: that how they feel about being gay is still defined by the negative attitudes about Gay Stereotypes espoused by the people in their own lives.

No matter how clearly I write it, some people don't seem to read it properly. So I'll try again.
*ahem*
We are all defined by being gay to the exact same degree, no more and no less than any other gay person.  Being defined by being gay does not mean we are limited by being gay - it merely means that being gay is a part of the many things that define who we are.
Either way, it's entirely what I expected from more than a decade of openly proudly gay-and-queer Outspokenness - that those who argue against an empowered gay identity do so because they don't yet have it in them to attain and claim one.


What's been most interesting is this - commenters aren't saying "WE" aren't defined by our being gay, they're saying THEY aren't.  As in, OTHERS ARE, but THEY AREN'T.

You know, like I called out in my essay.
*sighhhhhh*

No hard feelings toward those expressing negative reactions to my article.   How could I begrudge someone who has not yet found the security in their gay identity that I've found in my own?

And to those who let the words sink in - may you shine, and may your newfound understanding of why we need to give up the Language of Apology help inspire others around you to embrace what it means to be gay, and help others Come Out so we can end this culture of homophobia, both external and internal.