Why I Self-Identify as Queer 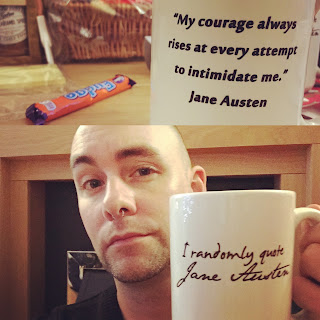 The first time I ever learned the word "Queer", as a pejorative slur, I was 11 years old. In French class in elementary school a classmate asked me if I was queer. My answer, which I gave instantly, was "Very".
Then he ran to his buddies and said "OMG Raymond admitted he was gay!"
That confused me. I wasn't aware of that connotation. Being an actually-smart 11 year old who knew what words meant, I knew queer meant different from the norm. Unusual. Unique.
I was more than ready to embrace being different from my classmates and peer groups, I wasn't yet ready to accept that I was gay.
Being born in 1982, "queer" wasn't a slur my generation heard or used too often. As a matter of fact "GAY" was the slur. That was the words used "against" me.  Before that, as a young boy, it was "GIRL".  Followed by "Fag".
I understand that we all find acceptance and peace in life in different ways. Mine, however, have never been couched on trying to convince people that i was just like them, that I was "Still a Normal Guy".
I'm not. I'm anything but ordinary.

One of the things I love most about my elective Queer Identity is that it binds me forever with any and everyone else who has found empowerment in being different from what society and culture may expect from them.
As the heroine of one of my favourite films of last year said, "In this world there's an invisible magic circle. There's an inside, and an outside. And I'm outside"
And I love being outside. And I love the people i've met on the outside.

Huffington Post has changed the name of their "Gay Voices" section to "Queer Voices", and boy has that angered a lot of mostly-gay mostly-white mostly-cisgender men.  Queer, being inclusive of the greater LGBTQ communities, addressing our intersectionality.

QUEER - From a different point of view.  Unique. Unusual. Not Common. A Deviation from the expected-norm.

And yet, the people who are angry about this change seem to have two arguments they're relying on.
1. They were called a "queer" as a slur back in 1970 and have never gotten over it
2. They continue to choose to view the word "Queer" solely as a word that means "different" (pejoratively different), or only has negative connotations.  They refuse to see the word as anything other than a negative slur.

Well, some do.  Some gay men still have a negative association with the word "Gay" and prefer to say that they are, uh, "Men who happen to be into other men", or more commonly "a guy who happens to be into other dudes" - in other words, how they feel about gay is still defined by the anti-gay attitudes of the non-gay people in their lives.

My elective queer identity has given me more courage and empowerment than I could have ever imagined. I'm a proud gay man, and a proud queer one too. My strength comes from embracing that I am different. I make no bones about it. I have no desire to be seen as 'normal', and I stand proudly alongside any and everyone who exists outside the perceived cultural norm. Queer - from a different point of view. Unique. Not common. A deviation from the expected. That's me.

One of the reasons I've always loved the chant "We're Here, We're Queer, Get Used to It" is that it's defiant. It's not "we're here, we're gay, please tolerate us on a set of conditions"

When I hear men saying that Queer will "only be a negative word" what they're saying is that they will never work to overcome their first learned feelings for that word as a negative.

When they say that the word was used as an insult about them decades ago, they're saying that they've spent decades allowing the use of that word, as pejorative, to affect them for decades.

It's a tremendous waste of one's energy and through process to continue to give excuses to cling to negativity.

Bravo, Huffington Post. BRAVO Queer Voices.  And THANK YOU to all the self-identifying Queer people who helped me find my voice and courage, and the beauty and community that does indeed exist On The Outside.


*EDIT - I've also heard people say "what about if they called it FAGGOT VOICES?!?" Well, for one, that would be exclusive as it would pertain, again, solely to gay men. But, um...this was the birthday stuff I got from my best friend this year.  Note the card. So yeah. Faggots rock :D 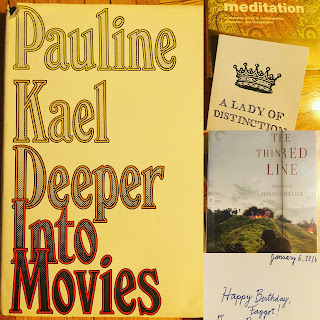