Well, I'm a fan of the series. For nostalgic value, they're iconic. The series' mythology is hilarious plot-heavy, actually; the connecting threads between the original film and its sequels are lovingly preposterous. And I love them. The effects work is often replay-worthy. The heroes and heroines had more personality than the cannon-fodder in most other slasher franchises, and the sheer fact that the deaths involved dreams allowed for hallucinatory visuals and concepts that allowed for more imagination and creativity than the 'stalk-and-hack-and slash- the-victim' formula of say the Friday the 13th or Halloween film series', and their legion of cheap imitations (or "rip-offs").
Freddy had personality, he wasn't a faceless killer. Nor a silent one (ugh, from part 4 on it was Wisecrack Central. The humour of the first 3 was replaced by early MTV-generation pandering to the audience). Freddy was played in every film by Robert Englund.
Campy joke-filled, effects-driven, teen-oriented horror films about children fighting against a killer in their dreams, in a world filled with adults who won't believe them, the very adults responsible for Freddy's reign at the box office...I mean reign of terror.
The remake. Slick, artily photographed. More expository (ugh, why does every remake of a horror film have to be Exposition City? We don't NEED to know everything. It's scarier not knowing all the details) than the original, and it actually succeeds in an area that the original films often didn't measure up: it's legitimately scary. The new Freddy makeup is terrifyingly realistic, Jackie Earle Hailey is horrifying. Freddy is actually scary again! No offense to Robert Englund of course, who simply did what he could (which was perfection) in films that make Krueger an unscary anti-hero jokester.
The remake even riffs on the asinine jump-scare ending of the original film with a similarly asinine jump-scare of its own! Utilizing CGI! A little too much!
For real. We don't need CGI in horror, folks. It draws us out of the picture. Horror films don't get huge budgets, the CGI you fuckers can afford never looks good enough. So stop using it. You KNOW what I'm talking about, Mr. CGI Wall That Looked Like a Shitty Pre-Frighteners Effects Test.
Word.
The Frighteners was from 1996, yo. 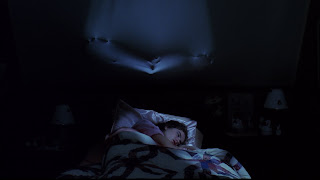 Why you gotta look all crappier than a film that's 14 years old? Mhmmm. Shoulda just used a latex wall like in the original, muthafuckas.
All in all, a rad night out. A fun scary remake of a series that deserves more credit than it receives.
P.S. Long live the memory of three-times nancy 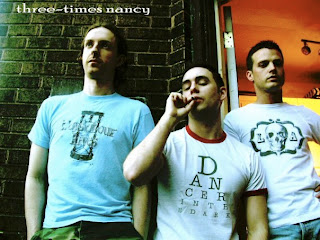 The Republican Energy Plan - Harnessing the Power of Bigotry!

This is genuinely mind-blowing. I mean, *WOW*. This is the embodiment of the Republican Party in 2010.
Thank you, Anderson Cooper.
You know, when you think about the way Fox News is really just a Republican tool (run by tools, for tools, Tooley McToolersons) the more you realize that it will be studied in media classes for decades to come as America's own "Triumph of the Will".... minus any possible accolades for technical cinematic genius.
Posted by Little Kiwi at 21:39 2 comments: