My Last Visit From Santa Claus 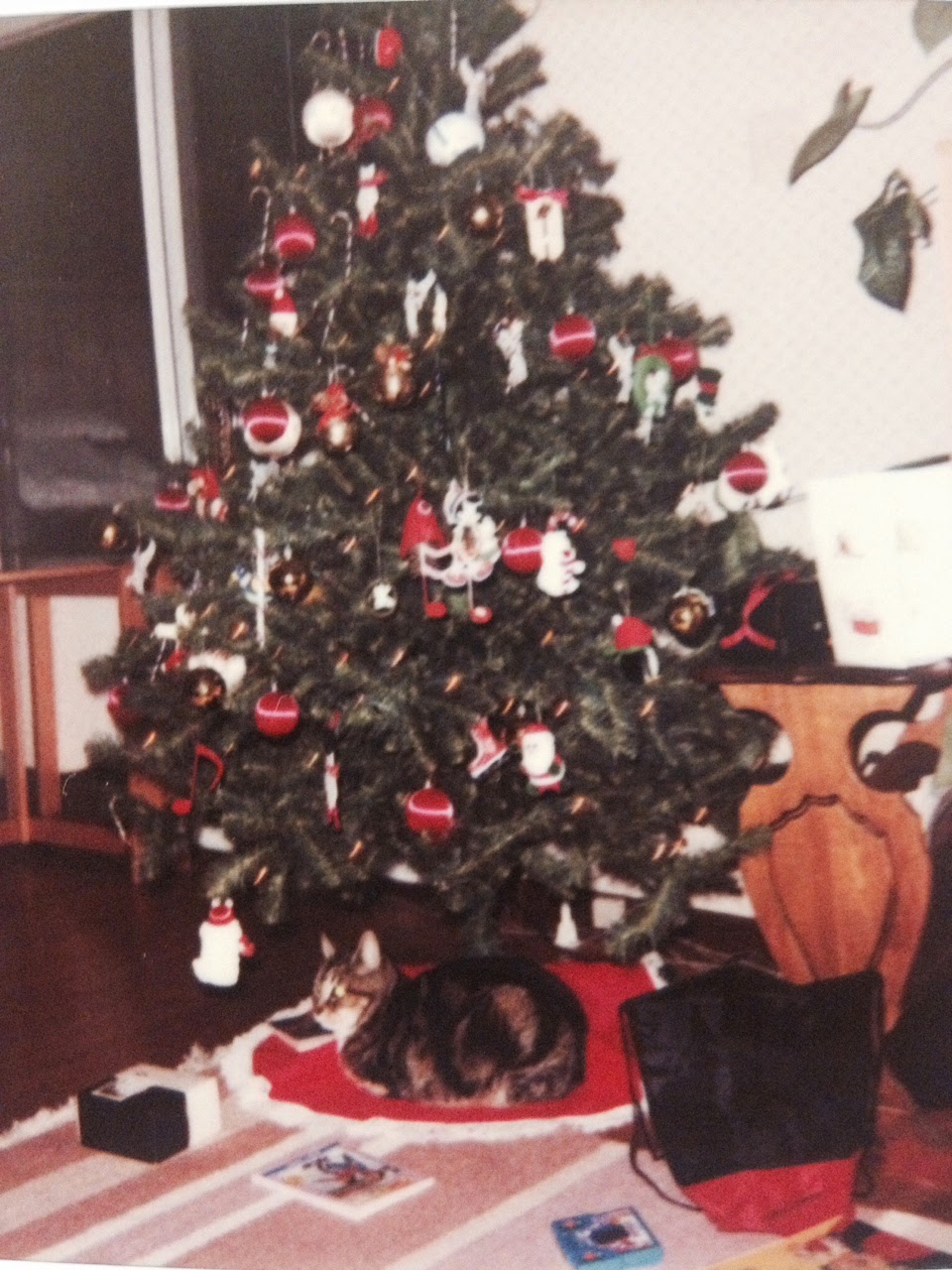 I cannot quite remember exactly how old I was when Santa made his last visit to my house, but I do remember the last present he ever gave me.

My sister and I sat by the tree on Christmas morning, and amidst the presents for all were two special-seeming, identically-wrapped gift boxes for us with our names on them.  We unwrapped them and inside each was a classic traditional teddy bear and a personalized letter for each of us. The letter was from Santa Claus himself.  I remember reading it with a smile on my face, and a lump in my throat.

He started by wishing us a Happy Christmas, and thanking us for the milk and cookies we left out for him, and the carrots we'd left for his reindeer.  He explained to us that as we were growing up, the things we now wanted for Christmas were things that parents can buy in stores; things for big kids, things for kids who are only a few short (yet blindingly fast in their passing) years away from becoming teens - video games, music, electronic devices like a walkman or "CD player".
Santa explained that at his workshop he makes toys for little kids; he doesn't make CDs and Nintendo games.  And so, he wanted us to have one last present from him,  something classic to remember him by - The Teddy Bear.  One Last Toy to treasure as a memory of his years visiting us every Christmas.  He thanked us for the years of milk and cookies.  Told us how wonderful it was to have watched us grow up, and how Good we were as brother and sister, always looking out for each other, taking care of each other, and being kind to one another.  He reminded us to always do that, and that he would see us again one day when we were grown up and had children of our own, delivering toys for them on Christmas morning.

I do remember being in the first grade, which for me was being in a class split in half with second-grade students, who did love to impress the first-graders with their expansive knowledge of the world.
Some of those kids would tease us around Christmastime about "the truth about Santa Claus" - and I remember the actual anxiety those "truths" gave me - a combination of embarrassment, fear, crushed hope, disbelief, and a sadness (I suppose) about what seemed to be One Less Magical Thing in this world.  Not wanting to seem like a naive kid, but not wanting to give up on magic.
I remember being at a friend's house and his mother saying to us, after my friend explained to her what the second-graders had said, that "Santa is real for all who believe in him."   Having recently been read "The Polar Express" in class, where a young boy who asks Santa for one of the bells from the sleigh, this sounded familiar.  When the boy in the story gets home, and rings it, his parents cannot hear it and claim it must be broken.

"At one time, most of my friends could hear the bell, but as years passed, it fell silent for all of them. Even Sarah found one Christmas that she could no longer hear its sweet sound. Though I've grown old, the bell still rings for me, as it does for all who truly believe."
- Chris Van Allsburg, "The Polar Express"

It can be a tricky process of navigating how to gently ease children into the maturation process without rushing them,  or condescending to them or babying them to the point that they become socially-awkward and "behind" their peer group.

I must make a confession to Santa - I already knew that he wasn't the one who gave me the Nintendo Entertainment System, before he wrote me his final letter.  But that didn't make that letter any less special.  I remember giving my Mum and Dad a really long hug that Christmas.  Part of it was simply a child's needing comfort after a confirmation of something I'd reluctantly already known.  The other part was how incredibly moved I was by the gesture Santa had made for my sister and I, and realizing how lucky I was that Santa had chosen to say what he'd said, in the way that he'd said it, showing that he completely understood what it means to be a kid going through the process of growing up. *edit
This Bear is not that Last Teddy Bear. That Last Teddy was given to a shelter many years ago.  This here is Lachlan "Lachie" Mor - Big Bear, a gift from my Granny and Papa from Scotland when my sister and I were toddlers. He ain't going anywhere. ;-)
Posted by Little Kiwi at 14:02

That brought tears to my eyes. You have very very special parents. And that is one giant bear!!!

This is gorgeous, and one less magical thing in the world is a great concept. Thanks.